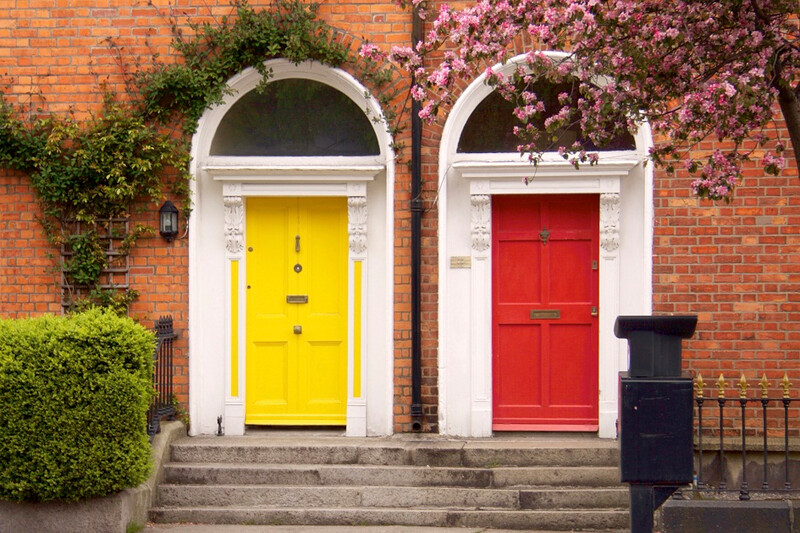 Analysis of average Isa savings rates data held by the Bank of England and FTSE All-Share total return data shows that the stockmarket has performed far better than cash since the birth of Isas in April 1999.

How the stockmarket outperformed cash Isas

The stockmarket beat cash by 38% even though the launch of Isas coincided with a high level for equities – the dotcom boom which has followed by bust. The 18-year span for the data also included the financial crisis of 2008 and 2009, one of the worst market crashes in history. 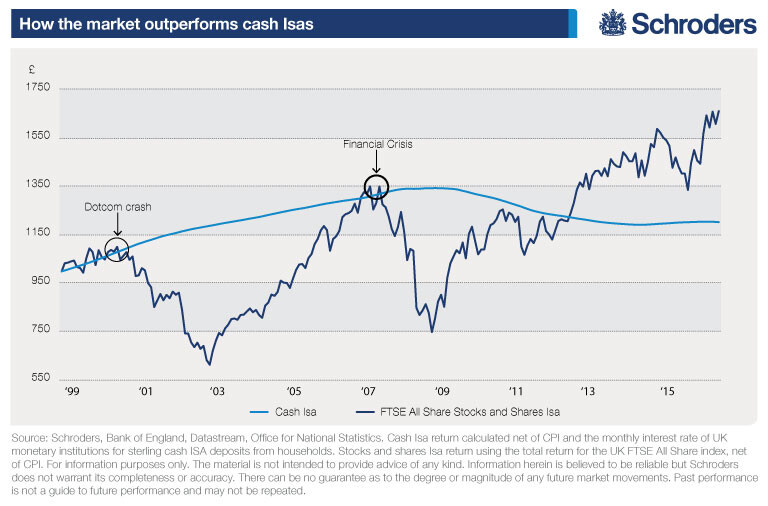 Despite the historic strong performance of shares, HMRC data shows that the popularity of cash Isas dwarf that for stocks and shares Isas. The difference has also steadily increased since the global recession in 2008.

In the first five years of Isas, the "stocks and shares" option was relatively popular, as the chart from HMRC shows below.

This popularity waned after the dotcom bubble burst between 2000 and 2003 and has never fully recovered despite the exceptionally low rates offered on cash accounts.

Number of ISA accounts subscribed to during the year 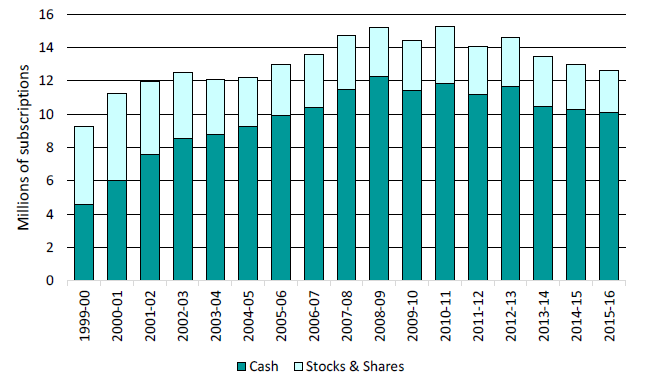 Source: HMRC, August 2016. For information purposes only. The material is not intended to provide advice of any kind. Information herein is believed to be reliable but Schroders does not warrant its completeness or accuracy. Past performance is not a guide to future performance and may not be repeated. There can be no guarantee as to the magnitude of any future market movements.

Why do people prefer cash Isas?

James Rainbow, Co-head of UK Intermediary Business at Schroders UK, said: “On one level it’s understandable that so many more people would prefer savings over investment. After all, the stockmarket turmoil during the financial crisis is still fresh in the memory.

“But the data we have provided here adds to an existing body of evidence that shows the stockmarket tends to grow your money far faster than savings accounts over longer timeframes.”

An annual study of returns by Barclays* showed UK shares had returned an average 5.1% a year since 1899, with the figure reduced to take into account the effects of inflation. For cash, the study showed a return of 0.8%, also with inflation factored in.

The ability of companies to increase prices in line with inflation helps them to keep profits rising and also dividend payments to investors. This is a particularly important advantage when inflation begins to rise.

Is it time to switch to stocks and shares Isas?

Savers now face a fresh squeeze between inflation and rates. The UK bank rate, which affects savings rates, remains at a record low of 0.25% with markets expecting no increase for around a year. Beyond that only slow increases are expected, with the bank rate reaching 1% in 2020.

Rainbow said: “This scenario is daunting for those trying to grow the value of their savings. Rates are still at incredibly low levels and expected to stay there while inflation is already picking up. The consumer price index reached 2.3% in February and it could hit 3% later this year, all the while eroding the real value of money. The stockmarket could offer great potential to keep ahead of inflation."

“People need to be comfortable with the fact that there will be ups and downs along the way and accept that history won’t necessarily be repeated. But to me, it seems a simple choice: if you are willing to tie up your money for long periods, history suggests that the stockmarket could be the best home for your money.”

The total return for the FTSE All Share has been used to calculate returns. This reinvests any dividends received from around 600 UK based companies to buy more shares which compounds returns.

A basic goal for investors is to beat inflation. While the stock market is clearly more volatile, the data suggests it could give the investor a better chance of beating inflation over the time period.

The cash Isa in the first chart was worth £1,344 by March 2009, but today sits much lower at £1,182 as recent interest rates have regularly dipped below inflation.

A higher return could have been achieved by switching between best-buy accounts every year but given few people do this, we have used average cash Isa rates.

The dark blue line in the first chart shows how a stockmarket investment will fluctuate, it illustrates that investors should follow the old age advice of investing for the long term. Reinvesting dividends also compounds returns, allowing investments to grow quicker than if income is taken as cash. Here, investor patience and discipline would have been duly rewarded.

*The study (The Barclays Equity Guilt Study,2016), used the Barclays UK Treasury Bill Index. Treasury Bills are a form of short-term government debt. Their returns are commonly used as a proxy for cash returns given their risk-free nature and their consistency and stability over time