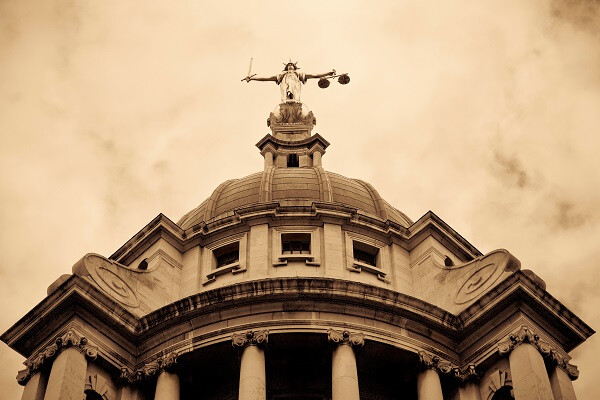 Last week the High Court ruled that the UK government’s net zero strategy is "unlawful" because it fails to provide enough detail on how its legally-binding net zero by 2050 target could be met.

It was decided ministers have failed to analyse how different policies would make a difference and under what timeframes. It was ruled that this is a breach of the UK government’s obligations under the Climate Change Act and that a new net zero strategy must be published by March 2023[1].

The gap between net zero commitment and action

This ruling highlights an important point: net zero commitments are only the first step in the journey to limit global temperature rises. Backing these commitments up with tangible, specific and timebound action is key.

It is estimated that there is a significant gap between long-term net zero commitments and the short, medium and long-term actions needed to achieve these. In fact, the level of ambition through pledges and targets currently aligns to a 2.1°C temperature rise above pre-industrial levels.

However, real world policies and action are lagging; these are currently estimated to be aligned to a 2.7°C temperature rise, according to the Climate Action Tracker.

What is Schroders doing?

Schroders was a founding member of the Net Zero Asset Managers Initiative in 2020, and at the time we committed to transition all our assets under management to net zero by 2050 or sooner.

Our commitment was just the first step in our journey. Then we followed up with action.

We made the decision to set a science-based target (definition below), which was formally validated by the Science-Based Targets Initiative (SBTi) in February 2022.

We also published our Climate Transition Action Plan, which sets out how we are going to achieve our targets.

Our net zero commitment spans both our business operations and the emissions related to our investments (known as financed emissions).

However, our financed emissions are around 6,000 times greater than those related to our operations, which is why the plan focuses on the former.

What are science-based targets (SBTs)?

Science-based targets are emissions reduction targets for businesses which are aligned to limiting global warming to 1.5°C, based on the latest climate science. They provide a consistent framework to assess the scale and pace of emissions reductions needed to limit temperature rises in line with the Paris Agreement.

“Targets are considered ‘science-based’ if they are in line with what the latest climate science deems necessary to meet the goals of the Paris Agreement – limiting global warming to well-below 2°C above pre-industrial levels and pursuing efforts to limit warming to 1.5°C” – Science-Based Targets initiative

There are some crucial elements to a science-based target. They should:

In addition, companies are required to report company-wide emissions and track progress annually.

In 2020 the Science-Based Targets initiative released finance-sector specific methodologies to calculate emissions from investments, allowing targets to be validated.

Three actions we are taking

We identified three actions that we need to take to deliver on our net zero target:

Our Climate Engagement and Escalation Framework is how we will use our influence to encourage progress at our investee companies and escalate where we believe the pace of change is insufficient.

In addition, we are asking them to report annually on their climate-related risks, and the steps they are taking to manage these risks.

We are also backing up these asks with voting actions. From this year onwards:

For example, we recently pre-declared how we would use our voting action to push for greater progress at a number of oil and gas majors including Chevron, ExxonMobil and Shell. This included supporting shareholder resolutions at Chevron and ExxonMobil, companies we believe are lagging their peers in terms of including Scope 3 emissions in their net zero target.

We also supported resolutions at Shell, BP and Occidental Petroleum, signalling our desire for these companies to continue to demonstrate their focus on reaching net zero.

A critical element in achieving our targets is measuring progress against these actions.

For this purpose, we are developing a proprietary tool to measure the tangible progress that is being made against these targets and action plans.

The number of net zero commitments is increasing, but we need to ensure the actions needed to back up these commitments are keeping pace.

Those actions are more complex for countries than companies, but what matters is specific, tangible and timebound actions against which we can all be measured.

Carbon neutral: Achieving net zero carbon emissions by balancing existing emissions with carbon offsets. Unlike “net zero”, carbon neutrality is often (but not always) validated or certified by a third party. Use of these terms varies by region.

Engagement: Engagement is more than just meeting with company management, it’s an opportunity to gain insight into a company’s approach to sustainability. It also gives us the opportunity to share our expectations on corporate behaviour and to influence company interactions with their stakeholders; ensuring that the companies we invest in are treating their employees, customers and communities in a responsible way.

Paris Agreement: A global commitment, agreed at COP 21 in Paris in 2015, to limit increase in the global average temperature to below 2°C above pre-industrial levels.

Scope 1 emissions: Direct emissions that come from sources owned or controlled by the emitter, such as emissions from company vehicles.

Visit our A-Z of sustainability terms for investors for more