The current pace of global warming dropped to 3.6°C above pre-industrial levels as of 30 March 2021, the lowest reading since Schroders Climate Progress Dashboard was unveiled. This is down on the 3.7 degree rise recorded last quarter.

Launched in 2017, the Climate Progress Dashboard provides Schroders analysts, fund managers and clients with an insight into the progress governments and industries across the world are making towards meeting the commitments made in the Paris Agreement in 2015.

Oil and gas investment has continued to drop relative to the industry’s assets globally,[1] while carbon pricing in the key European Union Emissions Trading System (ETS) market, as well as the smaller US Regional Greenhouse Gas Initiative auctions, continue to rise[2].

The EU ETS, a cornerstone of the EU’s policy to combat climate change and the world’s first and biggest emissions trading scheme, has reached new highs, with prices of more than €40 per tonne of CO2 in recent weeks.

“We believe higher carbon prices will be needed – across a larger share of emissions –to drive change on the scale and breadth necessary to meet climate goals. The sustained rise in prices over recent years, despite plummeting industrial output, has demonstrated the resilience of the trend and the benefits of political action.

“We are looking forward to the rest of 2021 and the months leading up to COP26 with optimism. Policymakers in most major economies have now spelled out their commitment to action, setting the scene for co-ordinated global action that could underpin the sustained greenhouse gas emission reductions that will be needed to put the global economy on track for decarbonisation.

“We have already seen governments representing around 70% of global emissions or GDP commit to fully decarbonising their economies. The number of companies making similar Paris-aligned commitments through the Science Based Targets initiative has grown by around 50% over the last year and corporate focus on target setting continues to gather pace.” 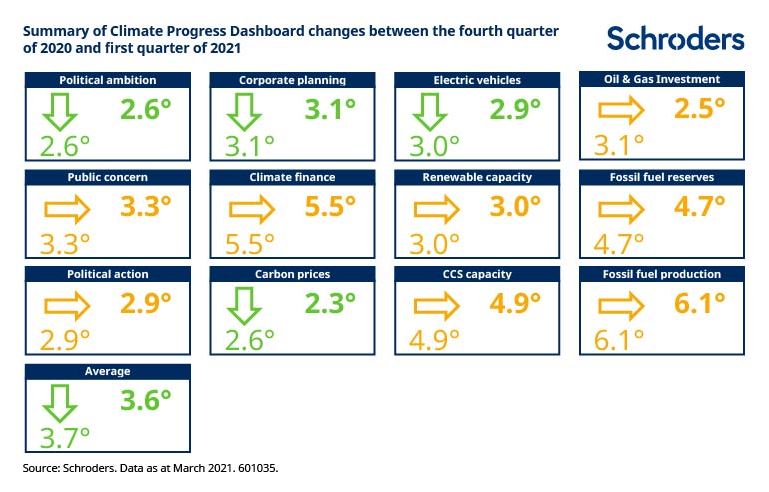 IPCC report: why the detail matters to energy investors

Does the IPCC report change anything?