Swedish airlines are just the latest industry to feel the pinch from carbon conscious consumers, through "flygskam" (flight shame). 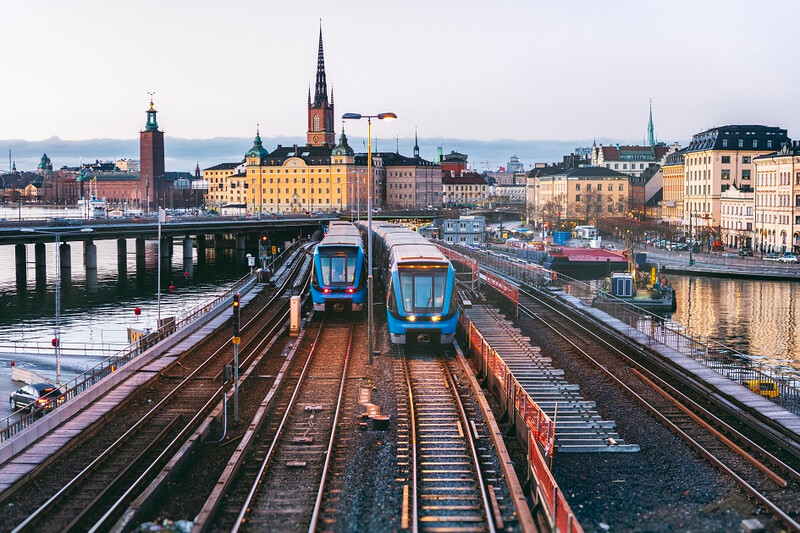 On 20 August 2018, an unknown Swedish teenager called Greta Thunberg stood in solitary protest outside the Swedish parliament. Frustrated at the same unacceptably sluggish action on climate change we highlight in our Climate Progress Dashboard, Thunberg nonetheless cut a lonely figure. A self-proclaimed introvert, it seems unlikely that Thunberg would have envisaged that six months later, around 1.6 million students would protest her cause around the world.

The “Fridays-for-Future” movement initiated by Thunberg resulted in over 2,000 protests in 125 countries in a single day, demonstrating the increasing demand for solutions among younger people. The recent “Extinction Rebellion” protests in several European cities included protesters supergluing themselves to trains, trucks, and buildings. The 10-day protest was another more forceful, large-scale call for political action.

As climate change investors, we believe the theme will disrupt real businesses and every day life faster than most investors appreciate. The costs of taking action on climate change have fallen faster than many expected and the benefits of addressing climate risks have become clearer. This has prompted more and more people to forego self-interest and act at the personal level for real change. No longer a “worry for tomorrow”, climate change is already affecting consumer habits, influencing company profitability and changing corporate behaviour.

The language of change: “flygskam” and “tagskryt”

Thunberg’s European tour to carry her messages on climate change took in London, Rome and Strasbourg. When travelling, the activist shunned plane travel completely in favour of trains. By choosing the train, she saved about 400kg of CO2, or a tenth of the average Swede’s annual carbon emissions.

Thunberg’s flight-free tour comes a month after the WWF released a survey which showed that almost a quarter of Swedes have opted out of air travel over the past year to reduce their climate impact. The strength of the flygskam (flight shame) movement on travel patterns shouldn’t be underestimated. The trend has also seen the rise of another buzzword to express pride in avoiding air travel, tagskryt, or “train-bragging”. 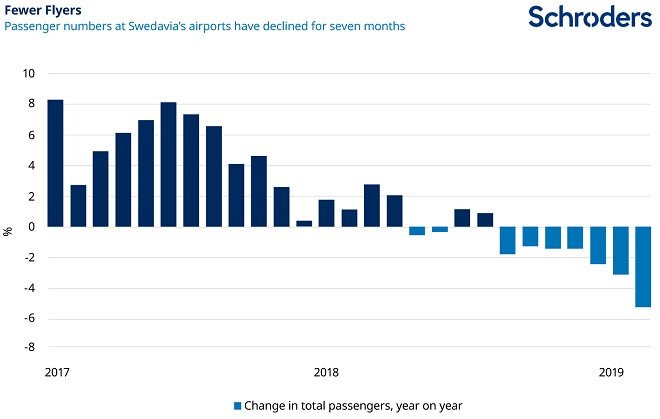 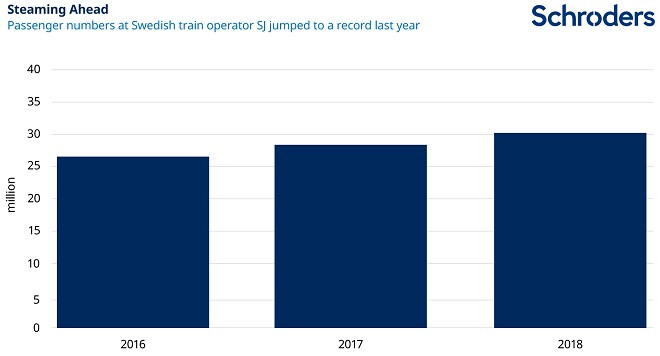 Heartened by signs of increased awareness about climate change, we are of course also keenly interested in how low-carbon lifestyle changes affect different corporate sectors.

Aviation is a sector that will be incredibly tough to decarbonise. Batteries and fuel cells are unlikely to work in aircraft except over short distances. Longer term, the fossil fuels powering planes will probably have to be replaced with biofuels and synthetic fuels; technologies that are currently expensive and scarce. However, demand management can also play a role, and this is where flygskam comes in.

Shifts in transport modes and logistics efficiency could reduce carbon emissions from heavy-duty transport (including aviation) by 20%1, according to an Energy Transitions Commission report looking at decarbonising hard-to-fix sectors. The move from plane to rail for short-haul passenger trips, on a kg/km basis, reduces carbon emissions by 85%2.

The report advocates investment in railways and financial incentives for consumers to help drive the change. However, normative shifts like the flygskam movement can be very powerful too. From an investment perspective, we are particularly interested in the tagskryt side of the coin, and see tremendous potential from the growth of rail travel and rail freight.