Cryptocurrencies are rarely out of the news. Whether the headlines are positive or negative, this new category of assets is prompting scores of investor queries. Here are some answers. 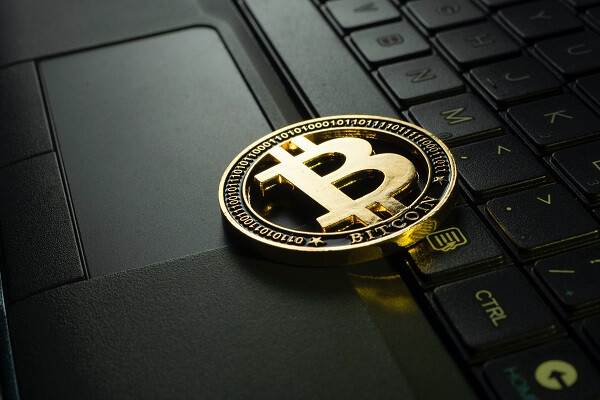 Blockchain has enabled the development of cryptocurrencies – which is where it has garnered all the headlines – but we believe it will also be a catalyst for fundamental change within asset management and financial services.

What follows are answers to some of the key questions your clients may pose about these topics. The ecosystem is vast and evolving rapidly, so this isn’t comprehensive. Schroders continues to undertake ongoing research in this sector.

1. What’s the point of cryptocurrencies? Why were they invented?

Cryptocurrencies may have fallen sharply in recent months but they remain a highly-publicised and important part of our financial system.

But what’s the point of them? Who invented them – and why?

Bitcoin, the original and best-known of all cryptocurrencies, had its origin during the financial crisis in 2008-2009. Back then its anonymous founder(s) sought to create a new, secure currency to reduce the need to trust in the centralised management of the banking system. Instead of having to rely on armies of bankers, governments and regulators to keep our money safe, the new currencies would be underpinned by low-cost, web-based networks of shared records and cryptographically secured.

What then is a crypto asset? In some ways it resembles any financial asset that nowadays exists only in electronic form. We have got used to owning shares via internet-based investment platforms, for example. If you own shares that way, your holding exists only as an entry on a database.

But while the ownership of cryptocurrencies or crypto assets is also recorded only in digital form, the way in which it is done differs in two critical respects from those shares held with an online broker.

First, there is no legal entity or organisation (in the case of shares, the broker) on which proof of your ownership of the asset depends. Second, the database record that an online stockbroker would use to confirm your ownership of a stock is replaced in the case of crypto assets by a vast number of separate but identical digital records, distributed across the internet. A significant design driver for cryptocurrencies was the removal of single points of failure or influence along with synchronizing data across all database participants.

2. Who controls cryptocurrencies? Are they regulated?

Cryptocurrencies come in different forms. What we might call "traditional" ones, such as bitcoin, have no organisation behind them. Bitcoin began as a cooperative project among computer enthusiasts who wanted to create a currency outside the control of governments and central banks. They devised the computer code that brought the crypto assets - the bitcoins - into being and laid out how they could be transferred from one person to another, but once that code existed the assets themselves could exist independently.

The code behind certain cryptocurrencies is open to anyone to read and improve, much in the way that Wikipedia is, for example, so successive generations of enthusiasts contribute to refining the system - always without any formal legal structure.

While this open source access has led to increased collaboration and innovation within the ecosystem, it also means that code can be easily copied and deployed, even if it’s not adding anything new or more valuable to existing offerings. This has lead to the emergence of over 19,000 cryptocurrencies and highlights the need for appropriate levels of research, caution and due diligence.

Some cryptocurrencies work differently. Some have their value pegged to that of a normal currency such as the dollar; here there is a need for an organisation to own the traditional currency and ensure that the digital money is backed by it. For example, Tether is a cryptocurrency backed by the dollar and it has a company, also called Tether, to manage it. These pegged or asset backed tokens are often referred to as stablecoins.

Right now financial regulators do not regulate crypto assets in the way they do, for example, banks and stock exchanges. Some governments have, however, banned their citizens from using crypto assets; others have put restrictions on intermediaries that offer access to them (this is broadly the situation in Britain). The regulatory landscape in relation to cryptoassets is constantly evolving and most regulators have signaled an intent to look more closely at this asset class.

Blockchain is the name given to the way in which records of the ownership of crypto assets are maintained. It is also commonly referred to as Distributed Ledger Technology (DLT).

When the owner of a crypto asset such as bitcoin initiates a transaction, details of that transaction (the amount to be transferred and its destination) are grouped together with details of other transactions initiated at about the same time and formed into blocks of data. These blocks are then verified together, using a complex series of mathematical functions, by other computers on the network. Once verified, the blocks are added to the records of previous transactions to form a chain.

The verification process is carried out by large numbers of computers but, in the case of bitcoin and some other cryptocurrencies, other aspects of the verification program enable one of these computers to be identified as the “validator”. This “validator” is awarded a certain number of bitcoins and the process of creating bitcoins in this way, by means of heavy-duty number-crunching, is called "mining" – a nod to the way in which the traditional asset that Bitcoin is sometimes compared with, gold, is extracted from ground.

4. Can I spend cryptocurrencies?

In theory, yes: you can spend bitcoin and other cryptocurrencies just as the pioneers of decentralised digital money intended it to be both a store of value and medium for exchange. In practice it's more difficult. Very few shops, businesses or individuals accept payment in cryptocurrencies. If you have one of these currencies and want to spend some of it you'll probably have to convert it into pounds, euros, dollars or other established currencies first.

There are various reasons for the reluctance of businesses to accept crypto. Perhaps most important of all, the extreme volatility of cryptocurrency values to date makes them a poor medium of exchange. If the value of your bitcoin, say, changes from minute to minute, you won't know how much you are paying, in sterling terms, when you buy something.

Retailers also need knowledge and technology to accept payments in crypto form. The infrastructure which connects crypto and blockchains to the “off-chain” world are called ramps and these are gradually being built out.

These practical difficulties do not automatically make crypto assets a poor investment: no one can readily spend gold either, in the modern era, but that has not prevented it from retaining its historic status as a key store of value in times of uncertainty or inflation.

5. Major investors have bought bitcoin. Are they right?

Elon Musk, the boss of Tesla, is among the most famous buyers of bitcoin, but many respected financial institutions have done the same, including some known for a conservative, long-term approach to wealth preservation.

Institutions that manage money for other people have to weigh risk carefully and none has to our knowledge put more than a couple of per cent of clients' money into bitcoin or other crypto assets.

Their decision to do so both reflects and encourages a belief that some crypto assets, or their underlying blockchain technologies, at least are coming of age and have proved themselves, so far, to work from a technical point of view and to maintain at least some value. Despite bitcoin's extreme volatility it has still risen hugely if you look back over five or 10 years.

Some commentators have made predictions for extreme rises in the price of bitcoin on the basis of expectations that more and more investment institutions will allocate some of the money they manage to the digital currency. While this is not impossible it is highly speculative.

6. Does bitcoin deserve to be called “digital gold”?

There are certainly some parallels, despite the obvious differences. Real gold is scarce – this is part of the basis of its value – and Bitcoin has been made scarce too: the computer code behind it ensures that only 21 million Bitcoins can ever be produced by the "mining" process mentioned above. That mining process requires a lot of computing power, and hence effort and money, just as extracting gold from the ground does.

We can also expect bitcoin and some other cryptocurrencies to be durable and resistant to counterfeiting, just as gold is.

But does bitcoin resemble gold as an investment? It's hard to make that case. Bitcoin, since its invention in 2008, has been far more volatile than gold. It has also failed to hold its value during the inflation shock of 2021-22. Although gold has disappointed some investors who expected its price to rise in line with inflation, it has performed much better in this respect than bitcoin.

Cryptocurrencies are still a very new asset class, just 13 years old, and more time might be needed to really understand their return dispersions and characteristics – in particular how they behave in different market cycles and events.

7. Is there a safer way to invest in cryptocurrencies and blockchain technology?

As with all investments, it comes down to risk appetite and the risk-reward trade-off.

Just as in the gold rushes of the past you might have prospered more by selling picks and shovels to those prospecting for gold, than by prospecting  yourself, today there may be opportunities for investors backing businesses associated with cryptocurrencies and blockchain. Such businesses include crypto exchanges, crypto security firms and companies that seek to use blockchain technology for other purposes, of which there are potentially a great many.

8. My teenage child has bought NFTs and says I should too. What are they?

NFT stands for "non-fungible token". NFTs represent the second high-profile use, after cryptocurrencies, for blockchain technology. With NFTs, rather than tracking the ownership of digital currencies such as Bitcoin, the blockchain tracks ownership of other assets, which can be almost anything – digital or real.

The key difference between an NFT and a digital currency such as Bitcoin is that whereas all Bitcoins are worth the same as each other, NFTs are unique (or at least can vary from one to another in various ways, according to the type of asset they represent). Fungible means interchangeable so a non-fungible token cannot be exchanged for another, identical one.

So far NFTs have often been used to represent pieces of digital art, but their real value could be the ability to securely prove provenance and characteristics of assets. For example of an asset that is non-fungible is a piece of land, as no two plots of land are identical. The ownership and details of a piece of land could be represented by an NFT, which would confer the same security that the owner of a Bitcoin enjoys by virtue of the blockchain's duplicated, decentralised system of record-keeping and the near-impossibility of those records being deleted or altered.