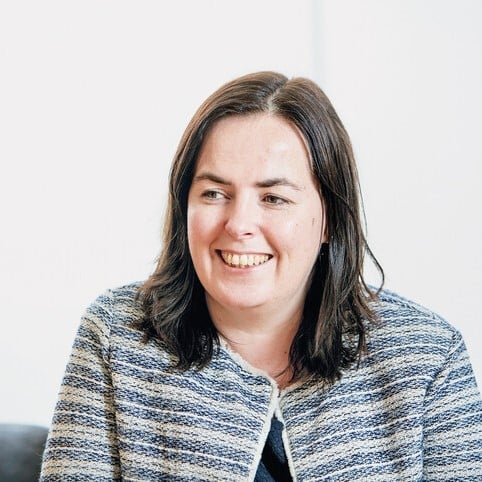 On 25 May 2020 George Floyd was murdered in Minneapolis. His name will live on in history as his death triggered a global outcry and response that was the catalyst for Black Lives Matter protests worldwide.

Today, the anniversary of his death offers us all a time for reflection and to personally consider the role that we can play in creating a better and truly inclusive world.

Some of you may have seen the short video of George’s six year old daughter, Gianna, who declared ‘Daddy changed the world’. My tears fell the first time watching it, just watching her smile as she spoke―and I still well up today, thinking about the racial injustice of his death and the personal tragedy of a parent stolen away from a young child. Yet from such a terrible tragedy, there has been much positive change.

If I consider our actions as a firm, working with our Schroders Black Professionals Network has taught me and others in the management team a great deal and we’ve started to become more comfortable in talking about race.

We’ve listened carefully to its members’ reactions to world events and sought their views on how to build awareness and provide support, particularly given the impact of George Floyd’s death and the disproportionate impact of the pandemic on those from ethnic minorities.

The Network has run a series of activities and initiatives including a podcast to raise awareness around race and we’ve set-up two new mentoring programmes: one for all Group Management Committee members to mentor a black professional; and another to allow a broader set of employees to mentor those from ethnic minorities.

In the UK, the Network also hosted an insight day with students of London’s Eastside Young Leaders Academy and Amos Bursary to showcase career opportunities, and prompted Schroders to sign up for the #10000BlackInterns Programme. To hold ourselves accountable externally, Schroders signed the Race at Work Charter and became a founding member of the CBI’s Change the Race Ratio initiative.

In the US, we’re supporting commitments to improve racial and economic equity in financial services and the wider economy, as per the the Corporate Call to Action Coalition for Equity & Opportunity. Schroders and other coalition members are committed to collectively creating USD30 billion in economic impact for Black and Latinx communities over the next five years and publicly reporting improvements in pay equity, inclusion and industry representation.

We are also setting targets to increase the representation of ethnic minorities in the firm at senior management level this year.

Looking back on the past 12 months, I’m proud of what Schroders and our people have achieved together so far in talking more openly about race and inclusion, but there remains much, much more to do. And on that point, if I could just ask one thing of our people, and of society more widely, as you near the end of this blog…

Today, on the first anniversary of George Floyd’s death, take that moment for reflection. Reach out to a colleague, friend or family member and perhaps ask them how they are feeling or ‘how has the world changed for you?’. Listen deeply and carefully.

We can all play a part in creating the inclusive culture that is so important to us, and help ensure that Gianna’s words ring true always - her daddy will have changed the world for the better.