Global temperatures remain on course to rise by 3.8°C as of the end of September 2020, down from the 3.9°C rise recorded at the end of the previous quarter. However, this is still almost double the 2°C target set by the Paris Agreement.

Launched in 2017, the Climate Progress Dashboard provides Schroders’ analysts, fund managers and clients with an insight into the progress governments and industries across the world are making towards meeting the 2°C temperature rise target set by the Paris Agreement in 2015.

Recent global events have seen political ambition and action indicate that greater concerted efforts may have a positive impact on the trajectory of global warming.

Biden’s presidency has already confirmed that it will re-join the Paris Agreement and commit the US to a net-zero emissions reduction target by 2050. He has also laid out a $2 trillion clean energy and infrastructure plan.

“While COP26 has been delayed until 2021, the last few months have seen the stars align around much tougher and faster action to cut global greenhouse gas emissions.

“There is no single silver bullet to the threat climate change poses. It requires aggressive policies, rapid capital reallocation and strong financial incentives, among other measures.

“But there are signs we may be on the brink of rapid change, not least the election of Joe Biden in the US.

“Taken together, they paint a picture of increasing pressure on the status quo. Assuming statements of intent translate to action, we could start to see the long run temperature rise implied by our Climate Progress Dashboard pushed down further.”

Furthermore, in Europe, many governments have committed to ensuring the rebuilding of their economies is aligned to their long-term climate goals.

The European Parliament and EU member states have reached an agreement on a €1.8 trillion revamped long-term budget, which included a commitment that 30% will be spent on fighting climate change. That is the largest share of the largest European budget ever.

Overall, a slew of national commitments to net zero emissions have been made by countries globally. Since October, leaders in China, Japan and Korea have all made net zero pledges, meaning almost half the world’s GDP and over one-third of emissions are now from countries with those decarbonisation pledges.

Meanwhile, a growing number of companies have made ambitious public commitments to decarbonise. More than 1,000 businesses are now working with the Science Bated Targets initiative to set science-based targets and report progress on an annual bases. Last year the figure was less than 400. 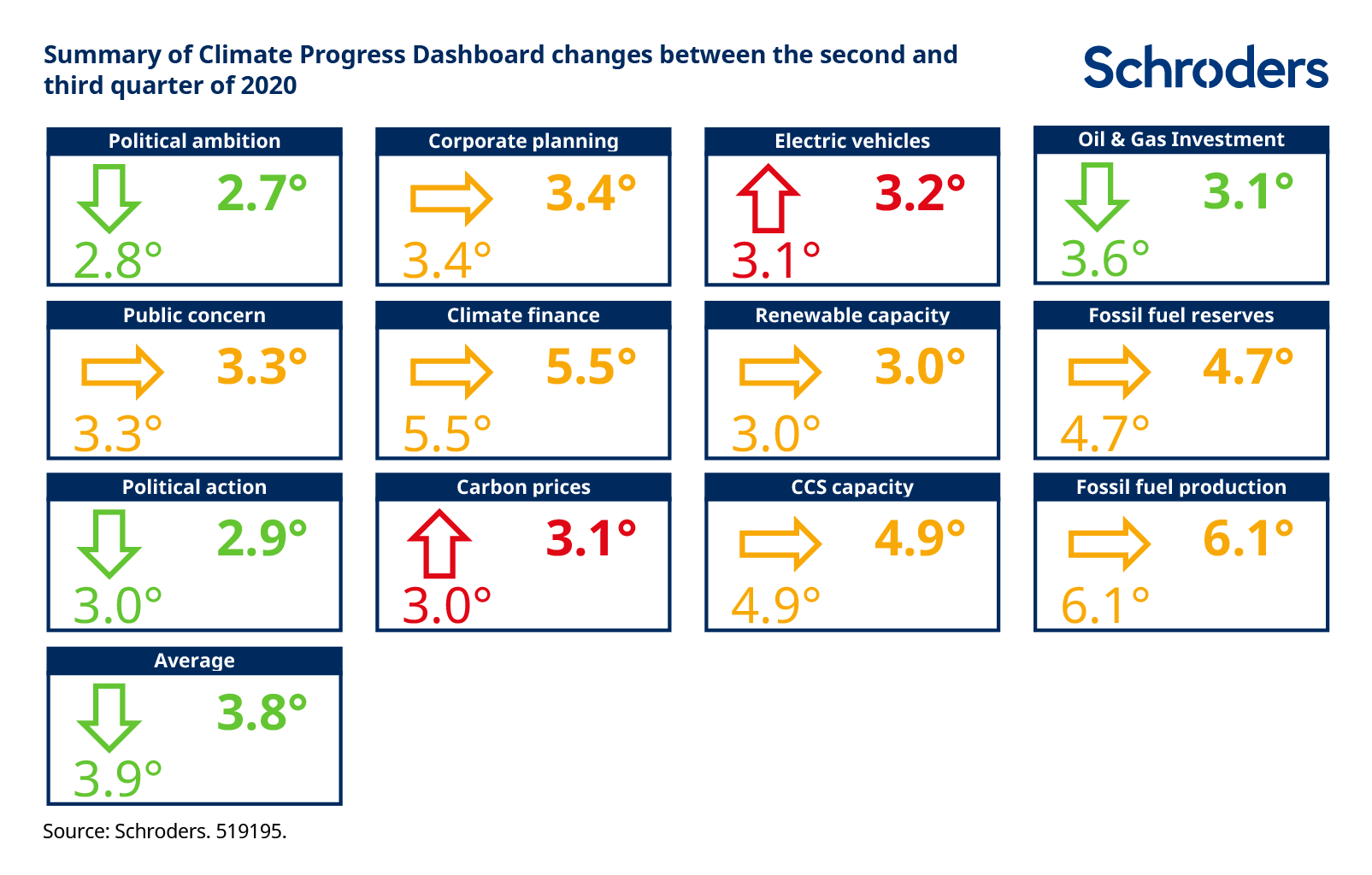